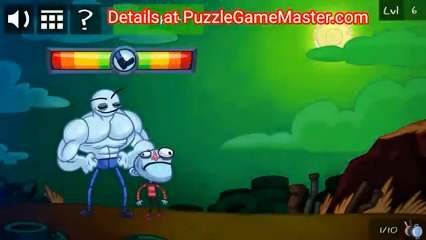 Hint 1: Swipe down our finger on left person, See images below for hint- 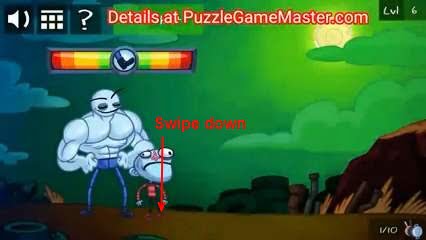 Hint 2: When bar is full, tap on left person to kick, and see what happens- 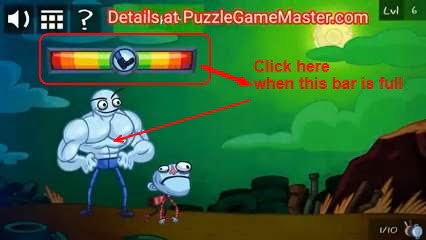