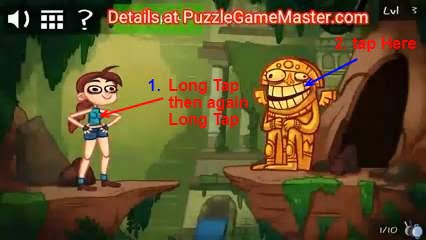 Hint 2: Then Tap on character on right side and see the magic!