Hint 1: Swipe up your finger form water, See images below for hint- 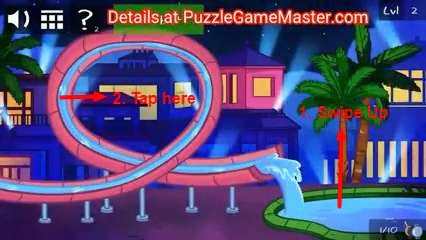 Hint 2: Then tap on the water slide, And see troll magic!