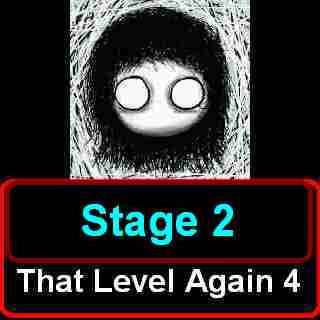 That Level Again 4 Stage 2 all levels that are solved in this page:

Use finger to life hint button and push the character using the hint button. (video below)

Now you have to put all the buttons in their place, So fix Hint button in the upper left corner where it should be.

Tilt your phone, so that the game screen moves slightly up and you can see Arrow button, Click on it 3-4 times to move it up. Then use that arrow to move character all the way to the right, by making extra space tilting device. 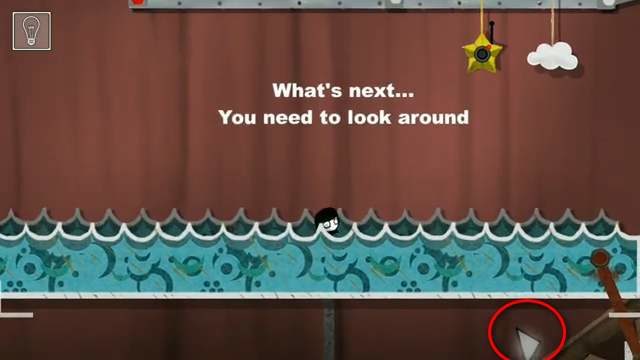 Don’t do anything just take a pause of 5-10 seconds.

Use the resume button to jump and go closer to the Pause button: 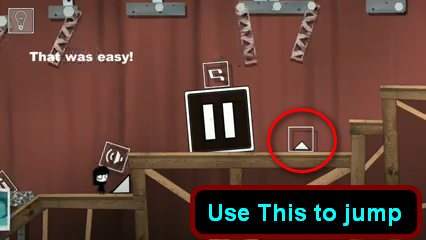 Zoom in on the pause button to see the hidden text, and follow it i.e. Just lock/unlock the device or turn off the screen and turn it on again (no need to close game or power down the phone)

Just rotate phone 90 degrees, In the direction when you use phone usually.

Pull the block with a spike as shown in the image: 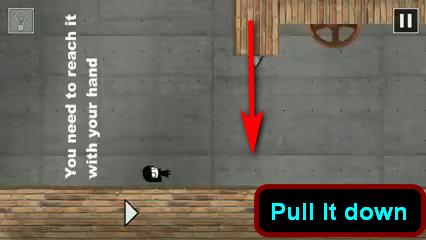 Tap in the left bottom corner as shown: 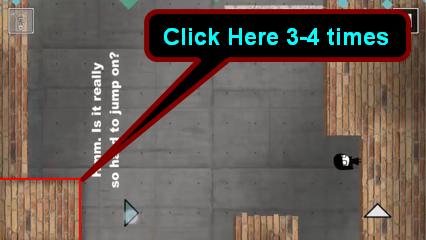 Turn on/off Wifi, you will receive a mail.

Pull the dropdown menu and turn the device 360 degrees until you fill that symbol completely (do not press on it, that is a trap!)  and move forward.

Pull the drop-down menu as you did in the previous level but pull it further so that you can have that hidden key.

do not waste time to pop balls, just pop the door and you are good to go: 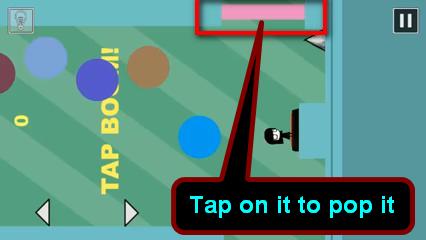 Go from above of the pipes (video below) 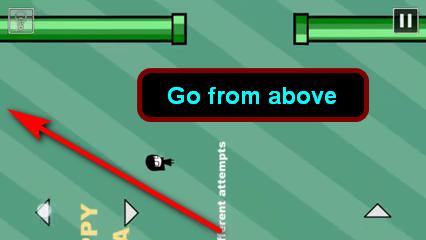 Just step on the button and slide your finger over the screen (Not tongue!) and press Tick in next screen. And screenshot that written (FAGEE)- you will require this code in stage 3.

Jump through the wall as shown, there is a tunnel through it. 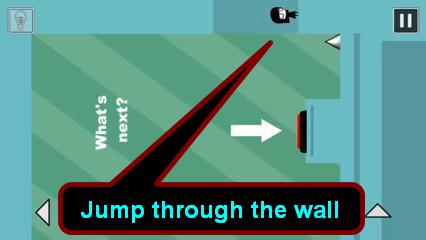 Jump on that button and press and hold down button to press it completely.

Tilt device to move, you will find that you are stuck, Go back to previous levels and try to find your way out. You will find that only way out is through the pipes, so enter in any of the bottom pipes that will guide you to the next level. 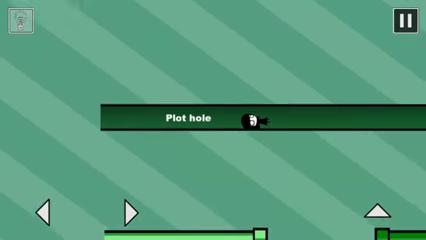 Click and hold on 4 screws of the SBL board: 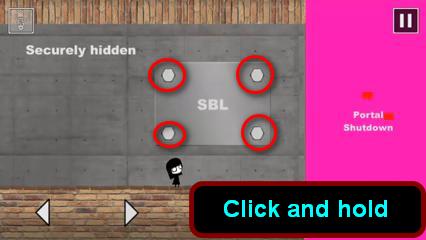 that is very hard, but you just have to put the device on the table and spin it! the balls will move away from the center because of the centrifugal force.

Press the back button of your device

Touch and hold on the icon to detach it and then Go below the icon, and then jump, the icon will separate.

Move icon to the left below the spike on the platform and break it with the help of spike, then move the ball to the platform. 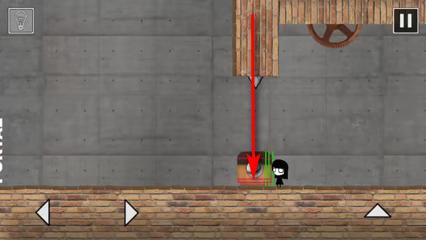